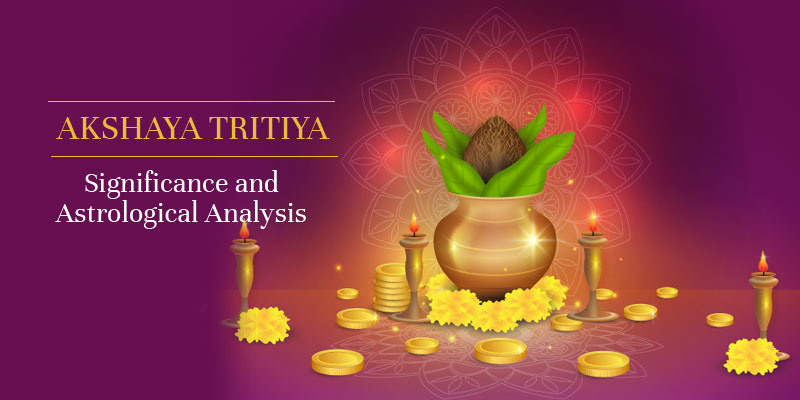 The word Akshaya has an auspicious meaning attached to it – never diminishing. This day is said to bring good luck and fortune. Any activity started on this day brings fruitful and blessed results. It is one of the most pious days, celebrated by the Hindus and the Jains in India. Each year on the third lunar tithi of the month of Baishakh, this day is celebrated. This day has great religious and spiritual significance, often marking the new beginning of something auspicious.

In 2021, Akshaya Tritiya will be celebrated on May 14, according to the Gregorian calendar.

This festival has religious and spiritual significance associated with its celebration. The charity practiced and the knowledge gained on this particular day, is supposed to be give maximum benefit. Goddess Lakshmi and Lord Ganesha are worshipped on this day.

There are many legends associated with this day, different in each culture.

It is a day of celebrations and vibrancy for the Hindus and the Jains in India. Markets and shops teem with people buying new stuff for their house, especially gold and silver. Since this day is associated with growth and fortune, buying gold and silver implies that the wealth will grow and multiply, ushering in good fortune.

Lately, many people try to even schedule important events of their lives like marriages, house warming, birth of their children, purchase vehicles, start a new job/projects etc., for this day brings fortune and success.

Many people start their new business or open ledgers (business books) on this day to register unprecedented growth and prosperity throughout the year.

Akshaya Tritiya brings prosperity and happiness and is considered the most auspicious period to commence or start new ventures, as it is the day to achieve wealth, power, and success.

On Akshaya Tritiya, the Sun coincides with Aries while the moon is posited in Taurus. It is the third day of bright half Shukla Paksha of Vaishaka month of Hindu that is in April – May. It is also believed that the Sun and the Moon are in the brightest form on this day.

Astrologically, Akshaya Tritiya is said to be the ‘brightest day’ of the year. It means Sun and Moon are in their best dignities, such that they emit maximum light. Moon reflects the light of the sun and it only emits maximum light when it is opposite to the sun. Both the Sun and the moon are supposed to be ‘brightest’ or well situated by having their exalted dignities and thus shines the brightest from their respective signs of Aries and Taurus.

On this day, devotees wake up early, take a bath, and commence on their day long fasting. They pray to Lord Vishnu and Goddess Lakshmi for their financial gains. Lord Kuber is also invoked for good fortune. Charity is practiced and encouraged. Animals like cows and goats are also fed. Devotees also chant mantras dedicated to Lord Kuber and Goddess Lakshmi on this auspicious and fortunate day.