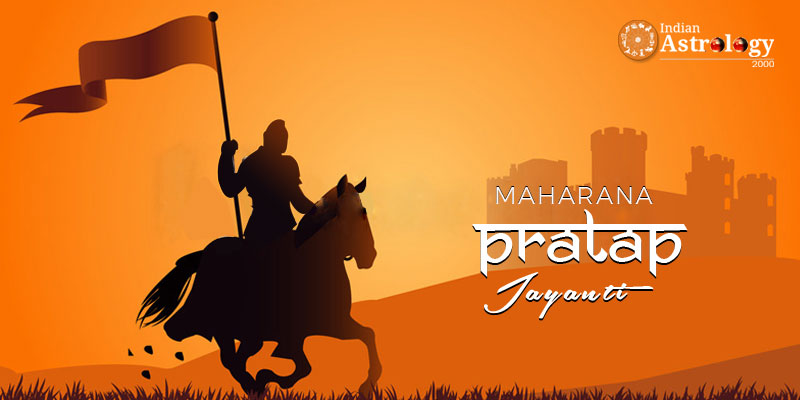 Maharana Pratap Jayanti is celebrated on the 3rd day of Jyeshta month as per the Hindu calendar that is during late May or June as per the western calendar. Maharana Pratap Jayanti will be celebrated on the 13th of June 2021. This day is observed as a local public holiday, celebrated around the northern part of Indian states such as Himachal Pradesh, Haryana, and Rajasthan. This public holiday marks the birth anniversary of Maharana Pratap, who was a great Rajput king of Mewar. He was a renowned ruler who lived in the 16th century and fought bravely against the Mughal Empire and is known as one of the greatest warriors in Indian history.

Maharana Pratap was born to King Udai Singh and Queen Jaywanta Bai on the 9th of May, 1540 in the Kumbhalgarh fortress of the Rajsamand district near Udaipur, Rajasthan. He was married to Maharani Ajabde Punwar of Bijolia in 1557 and was blessed with a son named Amar Singh. Pratap was coronated as the king of Mewar in 1572, due to uncompromising circumstances after the death of his father. He was a real patriot who initiated the first battle of independence against the Mughals.

Maharana Pratap, an ancient hero and powerful ruler had his ascendant as Capricorn with Saturn as his personal planet and his Moon sign was Cancer. He was a man of substance, valor, strong character and a compassionate human being. Further, we will analyze his horoscope and bring out his strengths and emotional compassion for his loved ones along with his bravery. The tales of his bravery are even spoken and even celebrated today.

The horoscope of Maharana Pratap reveals that he was a strong willed king and did not give up on reclaiming his kingdom. He had recovered many of his lost territories due to his chivalry and strong positive addiction of claiming his rightful power with his strength.

He died at the age of 56 years in the year 1597 after living a legendary life of bravery, courage and valor.