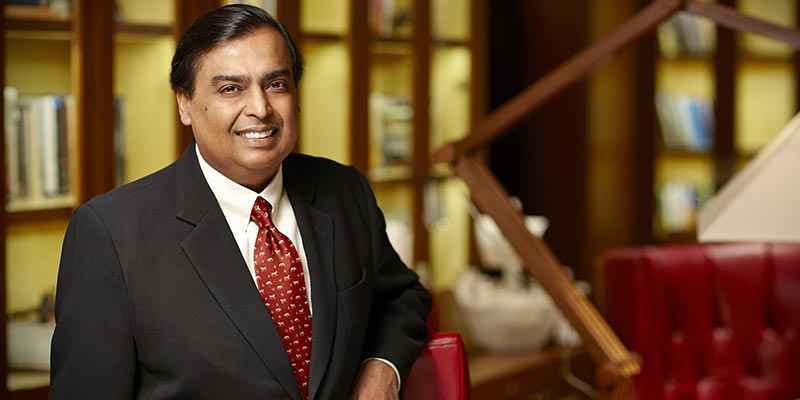 Mukesh Dhirubhai Ambani is one of the leading businessman in India till present day and he is renowned all over the world for his capability as an independent businessman and a very progressive entrepreneur who has the skills and caliber to make finest financial gains from available resources. He was born on 19th April 1957 in Yemen to Dhirubhai Ambani [Father] and Kokilaben [Mother] respectively. He has a younger brother named Anil Ambani and two sisters, Nina Bhadrashyam Kothari and Dipti Dattaraj Salgaonkar.

He married Nita Ambani in 1985 and they have two sons and one daughter-Akash, Anand and Isha, which comprises of his personal family. In 1981, he started working with his father in well-established family business under the name of Reliance Industries Limited, which dealt with refineries and petrochemicals.

Mukesh Ambani has Sagittarius Moon sign and Scorpio Ascendant. Mars is his personal planet, which has the lordship of 1st [self] and 6th house [self and debt and disease] and placed in the 7th house of partnership, which indicates that his horoscope has many specific combinations of planets which are very significant. The aspects of planets are also progressive and supportive, which makes good combinations for strong Raj Yoga and Dhan yoga[wealth].

Moon is the lord of the 9th house and is posited in the 2nd house of wealth, which in turn is again aspected by the lord of the 2nd house of wealth and 5th house of creativity and speculation. Lord Jupiter, which is very auspicious and beneficial for him, in his earnings and his wealth retention that depicts a very strong Raj Yoga  as is indicative through his earned money, business and shares, which will give him consistent economic success beyond imagination.

6th house comprises of competition, debt and rivals. Most of the planets of Mukesh Ambani’s horoscope are in the 6th house that do not have the power or the strength to endow them with financial and asset gains. But, certain combinations in his 6th house reveal the hidden strength which gives him the caliber to move the certain financial deals and strengths in his favour. It is not through his eloquent speech but by special combinations, like the 10th house Lord Sun, which is posited in its exalted sign Aries and is aspected by 2nd [wealth] and 5th [Speculation] house lord Jupiter, making it beneficial for his wealth gain and retention, which makes him victorious over his rival’s policies.

He is blessed with another Vipreet Rajyog combination, which will give him distinct advantage over others, in all aspects.

In his horoscope, 12th house lord Venus is posited in 6th house, in conjunction with Mercury, which is the 8thhouse [Sudden hurdles or gains] and 11th house [Gains] lord, which makes a good Vipreet Raj Yoga, despite adverse situations. He is always able to conjure up associates who are always ready to support him in his challenges through their skills. The combination of mutual exchange of Mars in the 7th house of partnership and public support or image and Venus in the house of competitors, makes him powerful when situations are not in his favour. So he, by his dexterity [caliber] has created his backup team of professionals like retired I.A.S. professionals who work for him and make him victorious, over his competitors by their efficiency.

So, it can be concluded that Mukesh Ambani is a man of knowledge, sensibility and humbleness and he will maintain cordial relations with most of powerful people in authority, in the country and abroad. This mutual exchange of Mars and Venus combination also gives him a good domestic life and good life partner with all the mental potential of successful domestic and business sense, individually.

Further moving on, we can also see the glimpse of the year 2021 for him as he will be under the main period of Jupiter, which is his personal moon sign planet and is very auspicious and beneficial in his financial, personal, and physical vitality. The sub period of Jupiter and Saturn until the April 2022 will be fabulous, as all his family and personal life will be harmonious, in their respective orbits peacefully. Mukesh Ambani’s professional approach and performance will be excellent until September 2021. His passion and zeal over his professional ventures will bring positive results and there will slow and steady rise in his endeavors and profits at the end of the year and in the initial part of the year 2022. That will bring good momentum in his personal and professional life, along with his hard work and practical approach.