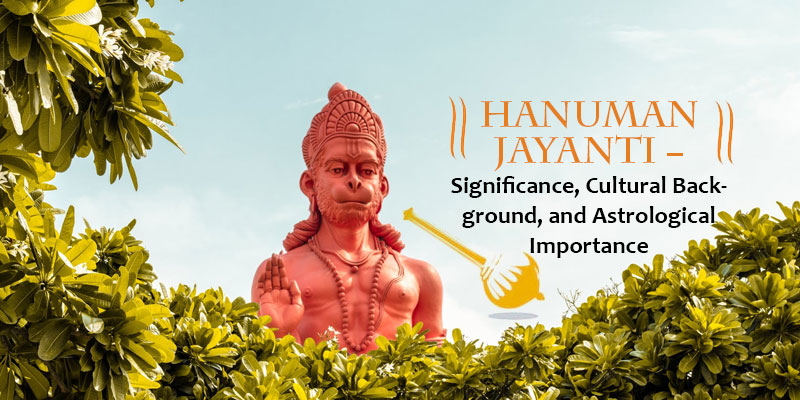 Lord Hanuman (Vanara God) was the biggest devotee of Lord Rama. He is worshipped for his dedication, humility, strength and power and his ability to conquer evil spirits. This year, Hanuman Jayanti will be celebrated on 27th April, 2021. The festival will be celebrated with fervor and zeal, all over India and Nepal, among the Hindu community.

Lord Hanuman was born to Anjana and Kesari, the king of the Monkey clan. It is believed that the sage Vishwamitra, for disturbing him during his meditation, cursed Anjana and he prophesied that a Vanar would be born to Anjana as a curse. Anjana prayed daily to Lord Shiva and urged him to be a part of her son. Hence, Hanuman ji is also considered as a manifestation of Lord Shiva.

Another story goes, when King Dashratha performed Yagna for the birth of his sons, he received some sacred payasam. However, a kite snatched a part of it and flew away. Pawan Dev (the king of winds) handed it to Anjana and thereafter Lord Hanuman was born. This is why Hanuman ji is also called Pawan Putra.

Lord Hanuman is said to possess herculean powers and stands for courage, loyalty, and compassion. He is extremely venerated and respected by his devotees and there is lot of ‘mandirs’ dedicated to his honour.

So, the astrological significance of Lord Hanuman in everyday life is to ward off any evil that comes your way by reciting Hanuman Chalisa every morning after bath and especially on Tuesday, which will enhance your internal strength.