Why Do We Celebrate Makar Sankranti on 14th January Every Year? 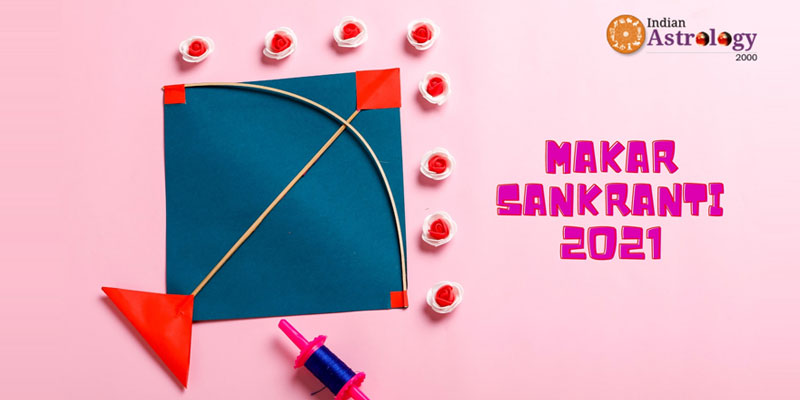 Every year people celebrate the auspicious festival – Makar Sankranti on 14th January, marking the day as the Sun enters in Capricorn zodiac (makar rashi). In this article, we share an astrological significance of Makar Sankranti, shedding a light on the ways it is celebrated in different parts of Indian culture.

Makar Sankranti, or astrologically, the solar ingress is the transit of the Sun from one zodiac to another sign. There are twelve Sankrantis in a year. Every month, the day when the Sun enters into a particular zodiac sign, in the Nirayana system or Vedic system of astrology is called a Sankranti.

The Meaning of Sankranti

The Sankranti is based on the transit of the Sun in a zodiac that takes place on this day. Makar Sankranti is a day when Sun enters 'Makar' or Capricorn as per the Nirayana system.

Though, Makar Sankranti is one of the most meaningful and promising festivals celebrated in different parts of the Indian culture with great importance. Every year, January 14 marks a unique astronomical event of the solar movement. On this day, the sun changes its course of motion visible from earth in the celestial sphere from south to north direction.

This particular change of direction is called Uttarayan. It is a period when the Sun travels from South to North as per the observation in the earth. This change of direction stays for six months, and then it changes back to the north motion from the south, i.e., dakshinayan, when the Sun transits to the Cancer zodiac after six months. The entire year is divided into two separate parts of Uttarayan and Dakshinayan.

The significance of Sankranti also lies in the fact that it reminds us of the universal truth. It implies that our life is nurtured because of the relative motion of the sun and earth. The transition of seasons and period of days relies on the movement of the sun, and consequently, the sun god is regarded as the ‘father’ figure in Vedic scriptures.

The event holds great importance than one can fathom. Astrologically, the Sun is the father of Saturn, the karmic planet.  On the day of Makar Sankranti, the Sun transits into the sign of Capricorn, which is ruled by planet Saturn.

One may say that this astronomical spectacle is a celestial meeting of a father with the son. On the day of Makar Sankranti, Sun, the father, visits his son’s house; however, we know that Sun & Saturn are inimical.

The event means that the bond and the affection between the father and son are boundless. Even though the two share a difference in opinions, the father will always come to bless and guide his son. On this day, we must analyze our karmas and give direction to our karmic life with the help and guidance of our father or our mentor. It is the reason why Makar Sankranti carries an influential weight in the life of yogis, philanthropists, and holy people who embrace the path of spirituality and devoutness.

On the day of makar Sankranti, there is a tradition of preparing Laddus (sweets) made of Sesame seeds or til in Hindu culture. The sesame sweets signify Saturn on this day, taking it with Jaggery, which represents Sun. Having both together symbolizes one letting go of the ego and working hard with focus and discipline, leaving the path of sin and moving ahead on the path of spiritualism. Sesame sweets donated on this day is believed to ward off misfortune and evil thought process, bringing one's karmic cycle in sync with the cosmic energy.

Historically, this was the day chosen by Bhishma Pitamah in the classic Hindu scripture, Mahabharata, to leave his mortal body to get salvation. In Hindu Vedic texts, a legend of this day signifies the battle between God Vishnu and ‘Asura’ (the demons), where Lord Vishnu won over the demons. In other words, this day also implies the victory of good over evil.

In a more logical context, the change in motion of the Sun, one can observe the impact on the length of the day and seasonal change. Hence, this period is also agreeable for the farmers as they celebrate the promising day, which embarks the harvesting season.

Furthermore, the consumption of sesame seeds is quite healthy and has a therapeutic effect on general health issues during winters. Arthritis and cough & cold during the harvesting season are a few common diseases that cause a sense of discomfort in people. On the other hand, a lot of people donate goods and services on this day to the poor and needy who are unable to afford the medicinal benefits of sesame seeds.

Astrologically, on the day of Makar Sankranti 2021, when the sun will enter Capricorn, the transit of other planets like Saturn and Mercury will bring good luck, health, and prosperity for three moon signs - Pisces, Leo, and Scorpio. However, Aries, Virgo, and Sagittarius will have an average time in the year. The remaining moon signs will fare well throughout the year 2021.