ARVIND KEJRIWAL HOROSCOPE ANALYSIS AND HIS FUTURE PROSPECTS IN 2021 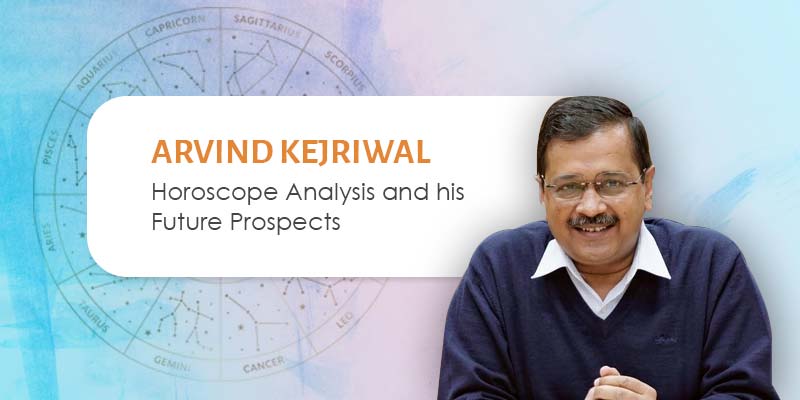 Arvind Kejriwal born on 16th August 1968 is an Indian politician who is the current and 7th Chief Minister of Delhi. He is the national convener [founder] of Aam Aadmi Party [AAP] which was established in the year 2012. Kejriwal won the TIME 100 Readers' Poll in 2014 for the 2019 general elections as the Aam Aadmi Party shared seats with the Indian National Congress.

AAP contested Delhi legislative assembly elections in 2013. Kejriwal defeated incumbent Chief Minister, Sheila Dikshit of the Indian National Congress (INC). Kejriwal was sworn in as the second-youngest chief minister of Delhi on 28 December 2013. On 14 February 2014 he resigned as Chief Minister.

Aam Aadmi Party won 67 of the 70 constituencies in the 2015 Delhi Assembly elections. Arvind Kejriwal took oath on 14 February 2015 as Delhi's chief minister for a second time.

Arvind Kejriwal is the possessor of Leo ascendant and the most promising feature of his horoscope is conjunction of 2nd and 11th house Lord Mercury, 5th house Lord Jupiter and ascendant lord Venus, which forms a very powerful Raj Yoga in the trine house, which incarnates him as the spirited ambitious leader who always seeks attention through well-established strategy.

-The cluster of planets in the 4th house of stability promise him a wonderful career with name and fame and Sun in its own sign will yield power and the charisma in his personality, which is strong enough to attract mass appeal. It promises a wonderful career, as long as he can focus his attention on Delhi and stay down to earth by avoiding not get embroiled in corruption.

Moon, the lord of 3rd house of initiative, is exalted and posited in the ascendant, indicates an auspicious combination of courage, will power and stability of mind but only if he pipelines his thinking process in a constructive way.

-Saturn is the lord of 10th house of career and Saturn is posited in the 12th house and this will make him a gem of the eye of public for a limited class of people but the 10th house has the aspect of Sun, Mercury, Jupiter and Venus will make him very skilled in his political galleries but intentional rivalry from opponents will keep him tense and on his toes for his victory steps ahead of them for his political survival.


POLITICAL GRAPH OF ARVIND KEJRIWAL IN THE YEAR 2021-22

The latter half of the year of 2021 till September – will be less progressive for Arvind Kejriwal as there will be a lot of mental pressure due to financial losses; efforts which will not bring in expected gains. There will be increased workload both on the personal and professional aspects where he will have to bear the brunt of public and his colleagues for non- compliance of his commitments. Arvind Kejriwal is advised to take care of his health as all these setbacks may take a toll on his health.

This phase will not be progressive so any kind of long term decision will not be fruitful and earnings should be materialized from existing sources. Anxiety may become his foremost friend if he has overrated trust over his friends. He should try to be practical in this period as loss of money is also on the cards.

This period will bring Arvind Kejriwal success in all his political ventures and his professional life will brings him rewards and recognition in his official arena. There will be an increase in Arvind Kejriwal's income due to his own efforts. Family life shall be quite happy with his spouse and children along with his siblings, which will reflect the period of recreation and romance.

In conclusion for this article, Arvind Kejriwal will have very balanced prospects in his financial, political and other arenas of his life along with good cooperation on personal, familial and professional level which will carry him stably through the year 2022 in his political boat.