Astrological Graph of the Political Career of Uddhav Thackeray In 2021 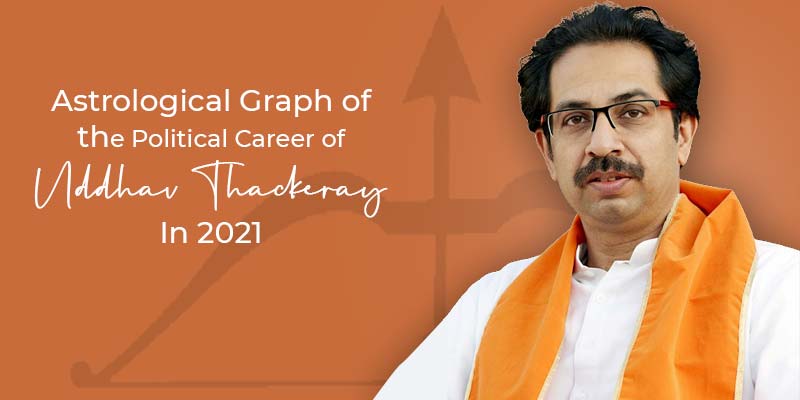 Uddhav Bal Thackeray is a political power packet in himself who needs no introduction in the public and political arena, for his abilities and strength as a political leader. 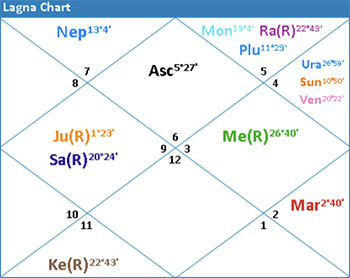 2021 - Astrological analysis of the birth chart of Uddhav Thackeray

Mercury is the personal planet of Uddhav Thackeray’s horoscope and Sun is the Moon sign placed in the Cancer sign the in the 11th house of fulfillment of desires.

Till 10th July 2023, he will be under the main period of Jupiter and Sub-period of Venus which indicates his political power of Maharashtra.

It will be good for him to maintain cordial relations professionally as his rivals will create hurdles to block his progress or harm him. So, it is better to maintain safe distance from them. Finances may pose problems in lieu of increased expenditure and disagreements with the authorities. He should be very careful and vigilant over his political position.

This will be a reviving period for him in his political career as he will be able to balance all his personal and professional commitments with wisdom and intelligence and he will be blessed with the bliss of both of these vital aspects of his life. This period will also bring name, fame good income and prosperity as the reward of his hard work and effort. He will also make good relations with his political opponents with his tactful policies. The star catcher of this period will be his vigilance over all matters and risk taking tendencies, which will have to be avoided for smooth sailing of his political boat.

Uddhav Thackeray will be more confident and positive in his political outlook as there will be victory over enemies. On the domestic front he will be happy and there will be peace and prosperity with his loved ones and will socialize well with family and friends. He will be blessed with monetary gains along with good vitality in health.

Uddhav Thackeray will have a very creative approach in his career and will get opportunities for additional earning. Vigilance is required over the relationship with your professional and personal associates as disagreements are on the cards. Financial losses are also visible due to negligence over money and career matters.

Further the year 2022 will be a life changing experience for Uddhav Thackeray where he will be able to carry his personal and professional responsibilities with equal vigor and strength. The year 2021and 2022 will be with good strength as the dawn of new morning with all financial and political and personal securities in good positive range involving his wisdom and efforts.