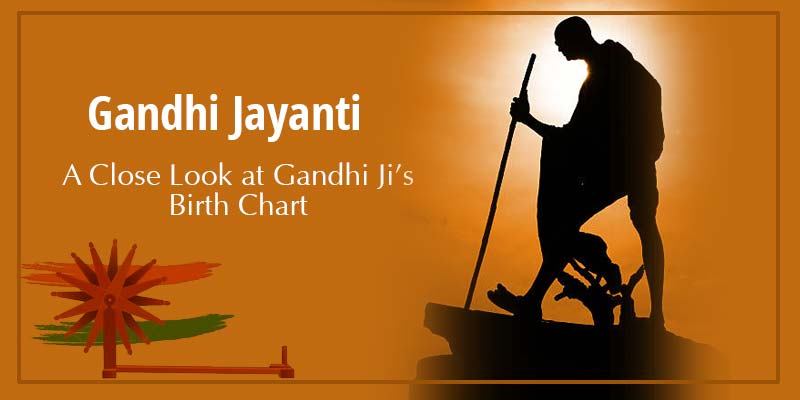 Gandhi Jayanti is celebrated on 2nd October every year to mark the birth anniversary of the heroic leader of our country who fought for the Independence of the country with his strong and benevolent steps. He led the whole country with his unique non-violent struggle to achieve independence for our country. He was fondly called BAPU by millions of Indians and MAHATAMA by the world, till the present day.

Shri Mohandas Karamchand Gandhi was trained as a lawyer who later became a political activist using nonviolent resistance successfully to lead India's campaign for Independence from British rule. He inspired political movements in defense of civil rights and freedom around the world. Gandhi ji was honoured with the title “Mahatma” in the year 1914 in South Africa. He was born and raised in a Hindu family in the Gujarat in western India. Gandhi ji took training in law at the Inner Temple in London and was admitted to a law firm at the age of 22 years in June 1891. He moved to South Africa in the year 1893 to represent an Indian businessman and lived in South Africa for 21 years, where for the first time he used nonviolence movement in a campaign for civil rights. In the year 1915, he returned to India at the age of 45.

-The ascendant of Mahatma Gandhi is Libra, with his personal planet Venus posited in the ascendant in its own sign in conjunction with Mars and Mercury. The conjunction of these three auspicious house lords in ascendant is a powerful Raja yoga for his omnipotent name and fame through the decades.

- Mercury the lord of the fortune house and placed in the ascendant with Venus made Gandhi a very intelligent human being. He had a strong spiritual inclination due to which he possessed a pure personality charisma that led the nation in the freedom fight against Britishers.

-Mars, the lord of the 2nd house of family and finance and 7th house of marriage and placed in the ascendant with Mercury and Venus made him courageous and strong willed and the aspect of Jupiter on the ascendant made him the lover of peace and justice.

-Ascendant Libra along with strong placed beneficial Saturn in the 2nd house becomes very powerful but he was not able to enjoy the riches, luxury, enjoyment, and family life.

-The ascendant is hemmed between malefic planets on both sides known as Paap Kartari Yoga, which became the basic combination for imprisonment for Gandhi.

-Rahu in the 10th house of profession was less beneficial for him as it gave him troubles through foreigners.

-Libra ascendant and Jupiter both relate to Law and this combination made him sail from Bombay to London to study.

-During the period of June 1891 under the sub-period of Rahu, he completed law and then left London and returned to India. Rahu is connected with foreign countries.

-In April 1893, at the age of 23 years he went to South Africa to be a lawyer for a businessman. He lived for 21 years in South Africa, where he developed his political views, ethics and ideology. Moon the 10th lord is in its own house with Rahu brings a major affliction and he constantly had problems and as Rahu rules foreigners, his troubles were through foreign associations.

- Gandhi ji returned to India on 09.01.1915 by the request sent by Gopal Krishna Gokhale. The coming back to his own native country was in Jupiter Antardasha and Jupiter is aspecting ascendant which relates to the coming back to the country.

-Gandhi took the reins of leadership of the Congress in 1920. This was in the Main period of Mars and Sub-period of Venus as both Mars-Venus both are raja yoga karakas planets.

-On 30 January 1948, Gandhi was assassinated. This was Venus Sub-period and Venus is with the 2nd lord Mars, which is death inflicting planet was transiting in his horoscope. The planetary placements and combinations in his chart clarify the reasons behind his tragic death.

Mahatma Gandhi’s Birthday which is celebrated as Gandhi Jayanti in India and as the International Non-Violence Day - a day dedicated to follow Non-Violence or Ahimsa, which as a way of life throughout the world as is declared by United Nations.